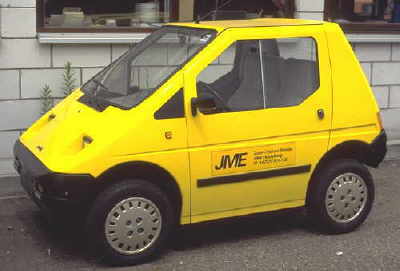 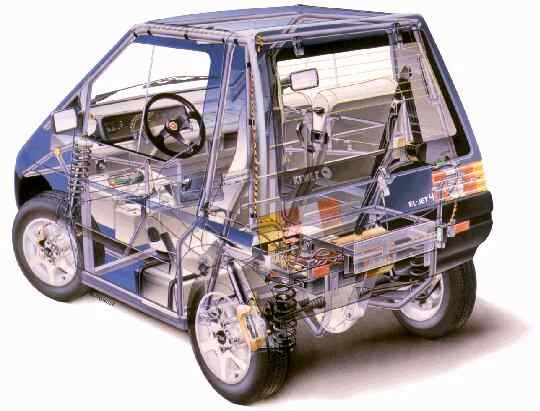 The Kewet started its history in Denmark around 1988 when the danish industrialist Knud Erik Westergaard (who had been quite successful with his KEW power cleaners and industrial washing machines) sold out to start designing a small affordable electric car. The first Kewet rolled out of the production line in Hadsund, Denmark early 1991. Since then about 800 Kewets of different models - all look the same - were produced in Hadsund. A larger production line was created in Nordhausen in former eastern Germany in 1995. About 200 cars were produced (my is one of them - 1997) before the production line was closed. Problems with the German authorities and the lack of market for the car caused the two companies „Kewet Industri“ and „Kewet Sales“ to file for bankruptcy in 1998. Another company „Kewet International“ was created to move the production back to Hadsund. This never happened which made the Norwegian reseller Kollega Bil A/S, now „Elbil Norge A/S“, to buy the production line, the remaining stock of parts, as well as the rights to the „Kewet“ brand the autumn 1998.